Claude Eksteen and Nedene Cahill goes for gold in Blythedale 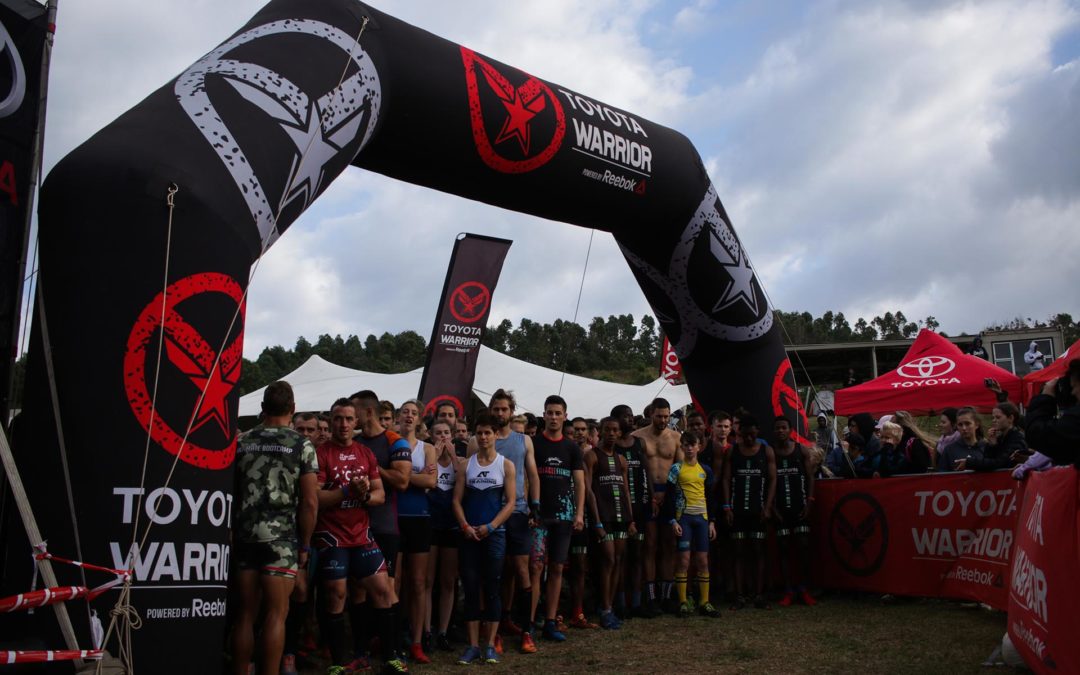 Over a thousand Warriors gathered on the shores of Blythedale Coastal Estate for the fourth leg of Toyota Warrior Race and SA OCR Championship. The gushing winds and cool weather contributed to make the racing environment interesting and introduce new tactics for participants on the route.

From the get-go, Armin Botha took the lead, with Claude Eksteen right behind him at all times. Armin maintained the lead until he reached Breaking Point, a fatal mistake cost him to fall and was left behind. Claude Eksteen just kept going, to ultimately take the win for the Black-Ops Elite men. In the women’s race, Nedene Cahill was consistent with her performance in front of fellow teammate Trish Eksteen. She managed to keep the lead and take the win for the Black-Ops Elite women.

Overall it was a successful day in KwaZulu-Natal, and everyone had loads of fun with the slide and Tower of Rage being the highlight. We’re back on Sunday, 21 July 2019 for the Rookie and Commando fun race. Are you brave enough?