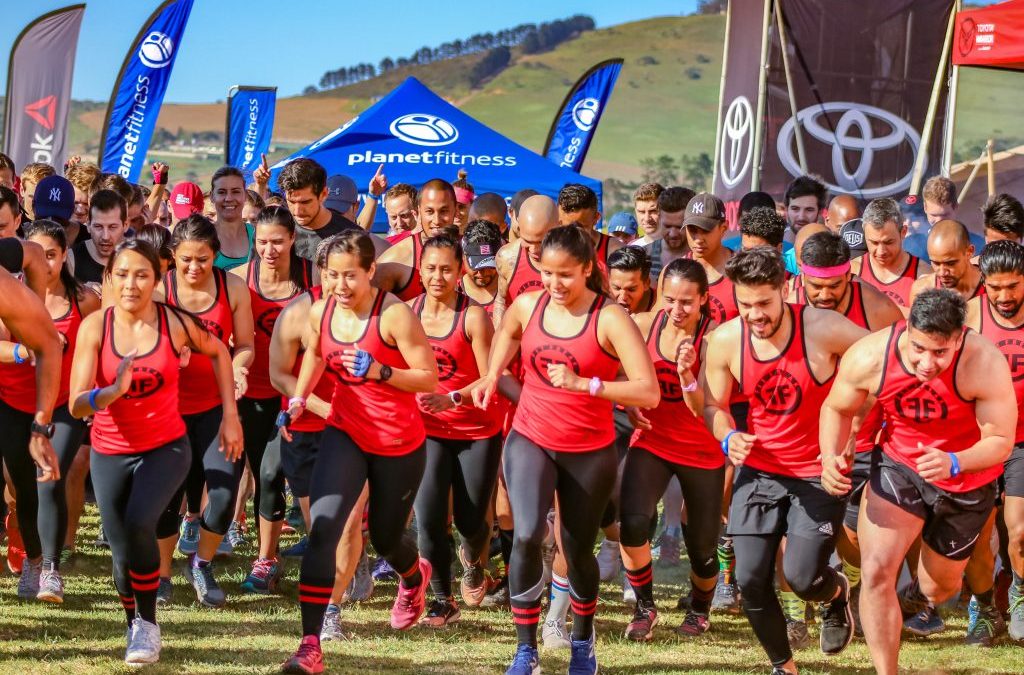 If you want to do something different, fun and healthy as a year-end function or team building exercise, this is your chance. Obstacle Course Racing (OCR) is for everyone, and the Toyota WARRIOR Race will challenge your friends, colleagues, employees or teammates to work and play together in a safe, yet challenging, environment. Get out of the office, out of your comfort zone and out of the rat race and enjoy South Africa’s number One OCR series. Check out the WARRIOR Corporate & Group Entries for more information.

At the final WARRIOR event of the year, the emphasis is on fun, friendship, camaraderie and team spirit. With three categories on offer, Rookie, Commando, and Black Ops, the Toyota WARRIOR race has something for everyone who wishes to have fun and challenge themselves across world-class obstacles.

The Rookie, the shortest and easiest race, is all about fun and camaraderie – a wonderful opportunity to have real fun with friends and colleagues conquering 15 obstacles over a 3.8km course. For those seeking a greater challenge, the 8.1km, 27-obstacle Commando race offers a greater test of physical and mental ability. The most difficult challenge is the 10km, 37-obstacle Black Ops – the ultimate test of endurance, speed, strength and agility.

The men’s and women’s Black Ops Elite races are set to be a tensely fought battle as racers vie for the 2018 series title. The men’s elite category is once again a close-fought race between SA’s top-ranked OCR athletes, 2018 South Africa’s Men’s Elite Champion, Thomas van Tonder (Warrior Brand Ambassador and RedBull Sponsored Athlete), and 2017 WARRIOR Series winner, Claude Eksteen (Supa Mama), both of whom have secured 3 wins in the series thus far.

The Commando Elite men’s race is a three-way battle between Kelvin van Wyk, Conrad Herbst and Calen Hastie; with just a few points separating the top three men, the order in which they cross the finish line determines who takes the title of Commando Elite Series winner.

In the women’s Commando Elite race, Sam Ryder is almost guaranteed the title, provided she finishes in the top 5; but the title could also be claimed by Sammy Nel – winning with a big enough time gap will ensure she secures the 2018 Commando Elite series title. Third place is a close fought battle between Gabriella Holmes and Tate Stewart – whoever crosses the line first takes the glory.

In the Rookie elite races, the men’s title is a battle between Dylan van Tonder, Nick Oberholzer and Cayde de Waal. In the women’s race, with three wins in the 2018 series, Megan van Tonder has already secured her title, while second and third place will be decided by Monique Els and Shaylee Hulley.

For the Warriors who are interested in some high-speed action, the popular Reebok Sprint Race is a shorter and more compressed OCR course, offers an action-packed loop enjoyed by spectators, who are able to witness first-hand the depth of South Africa’s OCR talent.

This 300m course has been dominated by Juan-Pierre Mare, who has secured 5 wins and Trevor Lagerwey the current South African Sprint champion in the men’s race, and Dominique D’Oliviera, who is undefeated this season in the women’s race and was crowned Individual SA OCR Sprint Champion.

Young and aspiring OCR athletes are especially welcome to join in on the excitement too! A specifically designed obstacle course for children will be provided, as well as a supervised WARRIOR Kids Zone.

Don’t miss out on the final adventure of the 2018 Toyota WARRIOR Race Series. To enter #Warrior8, visit www.warrior.co.za.