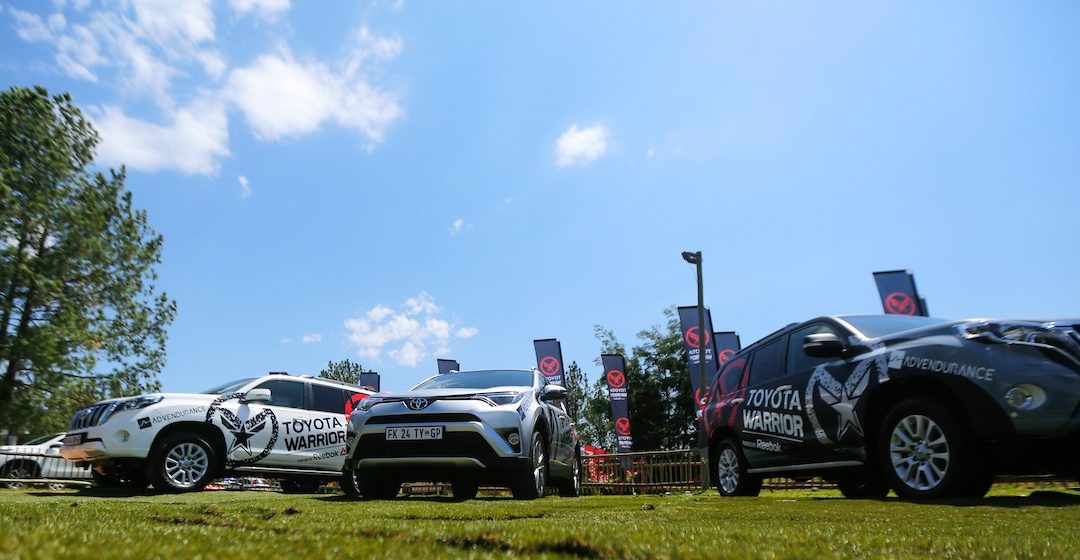 The veil was lifted on a powerhouse partnership between market leaders in the motoring industry, Toyota South Africa and Africa’s biggest obstacle course race, the Warrior Race, in Johannesburg on Thursday.

The increasing popularity of the Toyota WARRIOR Race, powered by Reebok, as it will now be known, has been phenomenal and, according to Fritz Pienaar from Advendurance, the partnership with Toyota will help the event reach an even wider audience.

“The fit between the brands is obvious: our event caters for anyone with a sense of adventure and we are really excited about the partnership that will drive the popular series for the next three years.” said Pienaar.

“The toughness and ruggedness of the Warrior race terrain is the ideal playground for our off-road and crossover vehicles, providing the perfect showcase for models such as our RAV4, Hilux and soon-to- be-released C-HR crossover. But more than that, the Warrior race aims to promote active and healthy lifestyles, and encourages participants to overcome challenges that put mind, body and spirit to the test. It’s therefore the perfect fit for our brand as Toyota similarly strives to be a mobility leader and enrich lives by moving people, no matter how challenging the circumstances.”

The Toyota WARRIOR Race events are held at venues close to major cities to make them as accessible as possible. The format and type of obstacles test participants’ strength, speed, stamina and character, making them a challenge for participants and a great spectacle for family and friends that are supporting. The fact that each event is highly spectator friendly sees supporters become as focussed on each obstacle as the competitor they are supporting – a very different kind of bonding experience.

Pienaar believes Toyota’s long term commitment enables them to introduce some exciting new initiatives at the Toyota WARRIOR Race for both individuals and teams who support the event. These initiatives include; the introduction of a short course/sprint race, three brand new venues, and an overall prize purse of R700 000 per year!

The revelation that two RAV4 vehicles will be made available as floating prizes for the Elite BlackOps male and female winners, created quite a stir at the announcement ceremony.

Raising the bar even higher on the competitive side of the sport, the announcement from Nevarest that it will bolster the prize purse of the Toyota WARRIOR Race powered by Reebok, was made to more loud cheers.

The addition of the sprint race, a spectator-friendly short-course race that takes place in addition to the traditional event, will receive an additional R200 000 prize fund to add to the mix.

WARRIOR Race
8 Races, best 5 to count for series points
There will be a BlackOps call out on the start based on series standings